In 2014, tsunami waves, originating off the coast of Chili, were successfully detected near Japan, where EvoLogics (http://evologics.de) modems enabled acoustic communication between JAMSTEC’s (http://www.jamstec.go.jp) Vector Tsunameter on the seafloor and the autonomous Wave Glider vehicle (http://liquidr.com/) on the ocean surface, transmitting real-time data to the shore over satellite.

Japan Agency for Marine-Earth Science Technology (JAMSTEC) has developed and successfully tested the new ocean bottom Tsunameter (The Vector TsunaMeter - VTM), which estimates the tsunami propagation vector based on the ocean dynamo effects.

As a step towards building a VTM network for real-time observation, a trial monitoring station was deployed about 200 km East of the Oshika peninsula, Japan (38°14.0 N, 143°35.13 E) in 2013 - 2014. The Vector Tsunameter was deployed on the seafloor 3420 m deep. Data, collected by the VTM, were transmitted acoustically to surface-cruising Wave Glider and then over satellite transferred to the shore.

The application required fast and reliable data transfers between the VTM and the Wave Glider to transmit critical information in real time. The long-term deployment of the instruments demanded low power-consuming solutions. Moreover, reducing drag was important for the Wave Glider vehicle on the ocean surface.

Fulfilling these requirements, EvoLogics S2C R12/24 underwater acoustic modems were integrated on both the VTM and the Wave Glider. During the long-term deployment of the system in 2013-2014, the modems provided bidirectional communication between the VTM and the Wave Glider/shore control station. In normal operation mode 1457 bytes were transmitted to the Wave Glider every 1 hour, containing 60 sets of 1 minute-long measurement data samples from the VTM. In Tsunami-mode, the downside modem was transmitting 161 bytes every 1 minute with 6 sets of 10-second-long measurement data samples.

On the early morning of April 3, the system successfully caught the tsunami waves propagating towards the Japanese coasts after an 8.0 magnitude earthquake hit 83 km North-West of Iquique, Chile on April 2nd, 2014 (JST).

EvoLogics GmbH are very grateful to receive positive feedback from its JAMSTEC partners after the successful trial deployment. The modems are now back for check up and maintenance work before the next operation, expected in summer 2015. 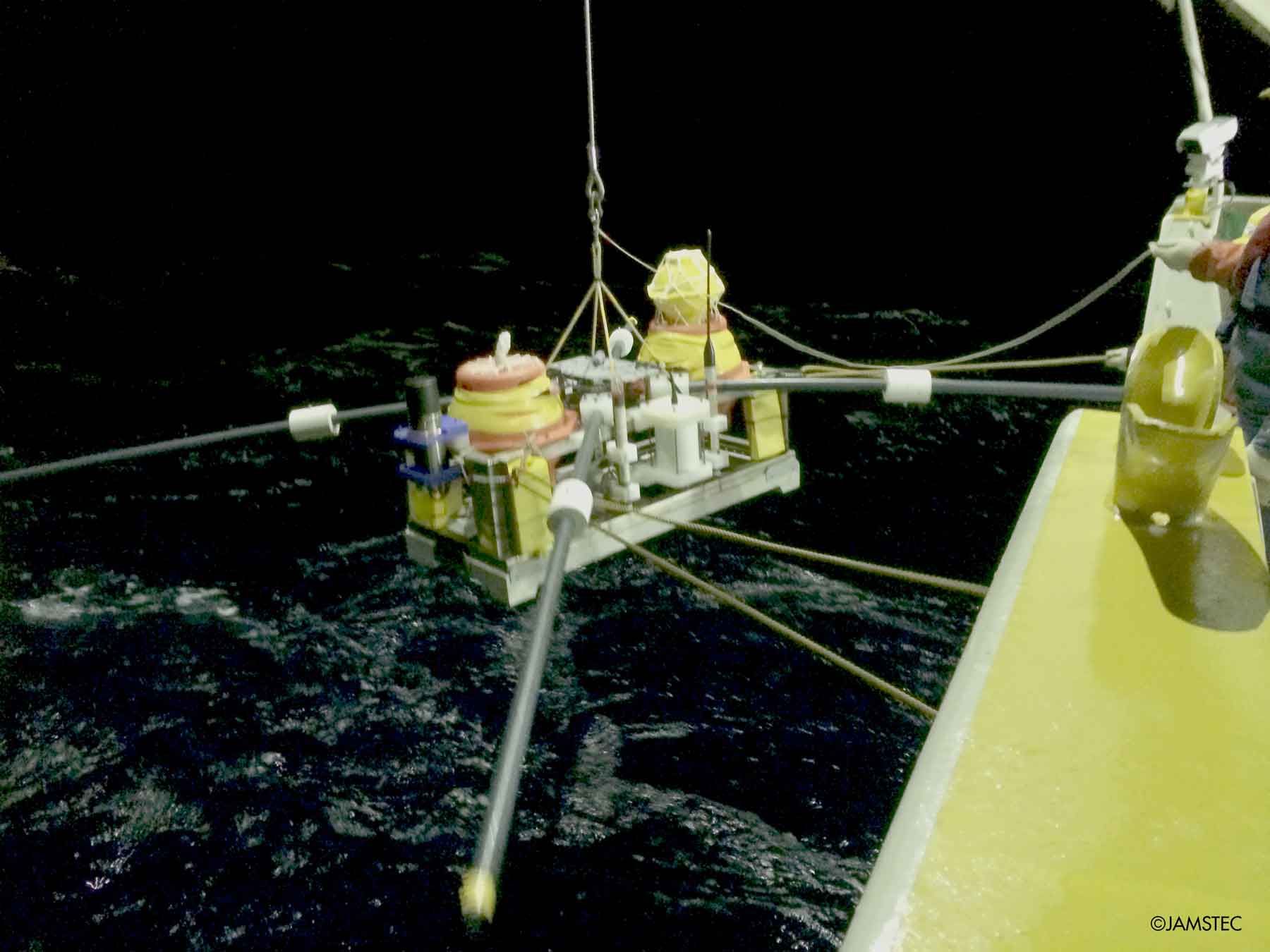 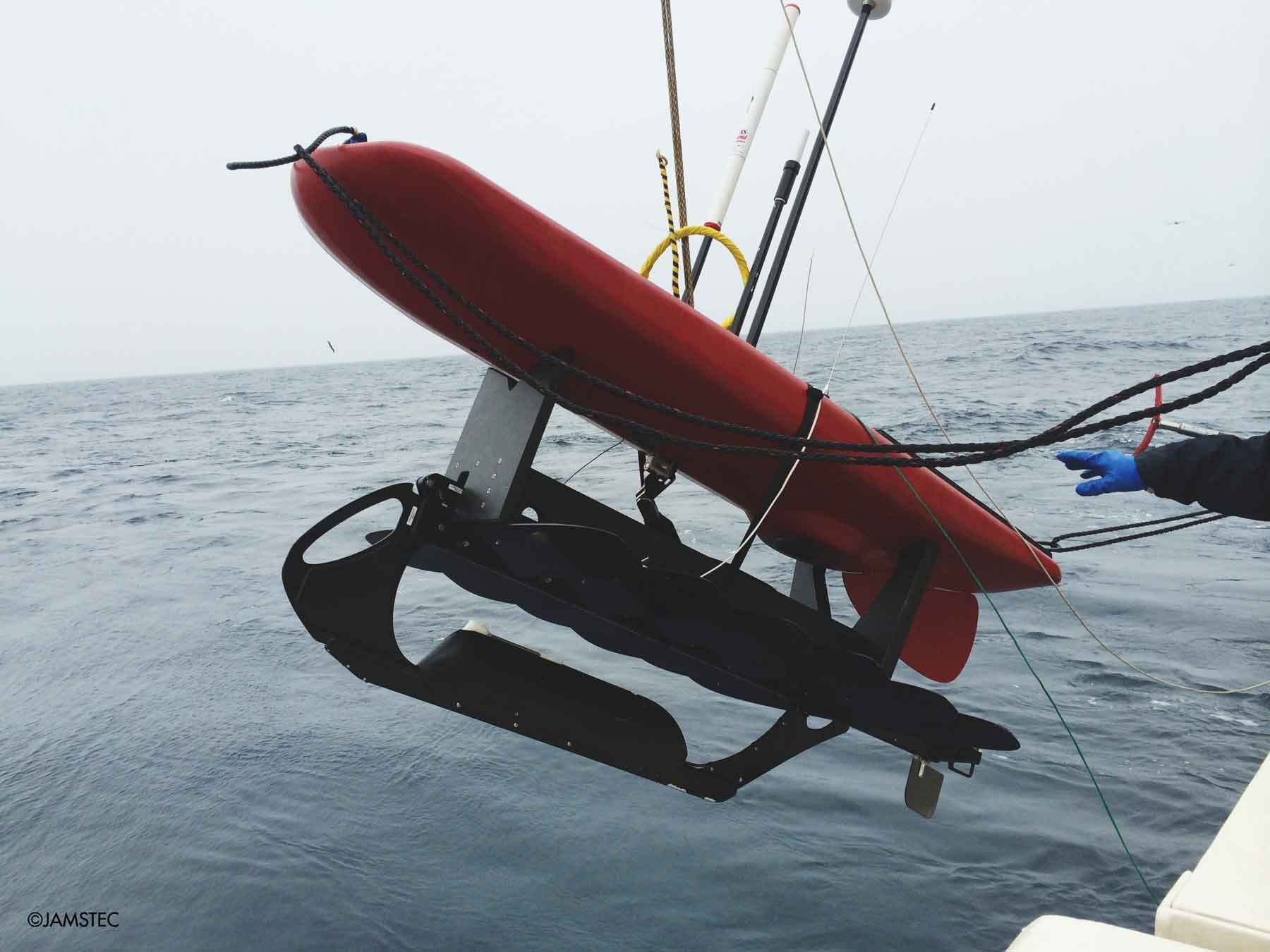 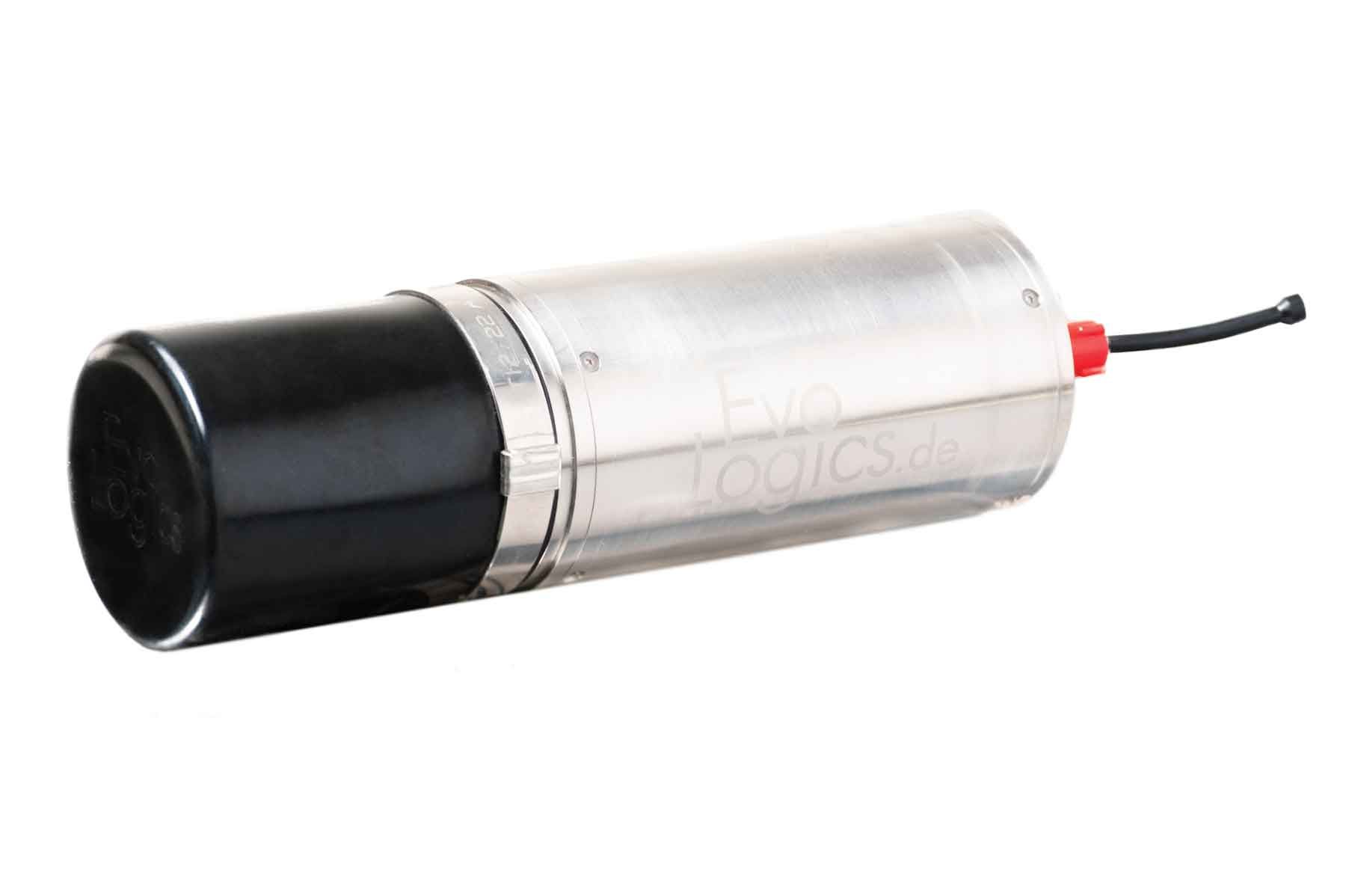