Ecosystem of the shrinking lake

In November 2014, EvoLogics experts joined scientists from the Helmholtz-Centre for Environmental Research (UFZ), Germany, who led a two-week field campaign north and south of the Darga river outlet on the Dead Sea coast in Israel. In cooperation with EvoLogics and the Scientific Diving Center (SDC) team of Technische Universität Bergakademie Freiberg (Freiberg University of Mining and Technology), UFZ studied submarine freshwater springs that flow into the shrinking lake close to its shore - a component of the Dead Sea water budget that has not yet been thoroughly assessed quantitatively.

The divers investigated distribution and dimensions of the springs and sampled the spring water, while EvoLogics Sonobot - the autonomous unmanned surface vehicle (USV) - was chosen to perform a bathymetric survey and seafloor mapping at the site. EvoLogics experts joined the campaign for a week to provide technical support and optimization to ensure the USV, a light twin-hull catamaran craft, delivers best possible results in the mission’s unique conditions.

As the Dead Sea’s salt content is almost ten times higher than that of the world’s oceans, it poses additional challenges for survey missions and calls for measures that extend beyond what’s regularly required for applications in seawater. The Sonobot’s instrument settings were properly adjusted for the high speed of sound in the Dead Sea. To compensate for increased buoyancy of the Sonobot, EvoLogics engineers took advantage of the vehicle’s modular design and added extra weight by installing more batteries into the USV’s twin hulls. The batteries were then rearranged to balance the vehicle. As a positive side-effect, with extra batteries inside, the vehicle’s operation time increased to up to 20 hours between charges.

First seafloor mapping results, obtained separately by the divers and the USV’s side-scan sonar, agreed well - as expected by the team. The Sonobot’s autopilot with grid-based path planning was then used to automate bathymetry and scanning of larger areas with required level of detail. Areas of particular interest were surveyed with a 50 cm grid, achieving high resolution especially in shallow waters.

After several measurements at different side-scan sonar frequencies were compared, researchers were able to identify layers of water with different densities by the effects observed on layer borders. Scientists will use the obtained data to derive information about the shape and structure of the water column, generated by the outflow of fresh- or brackish water from an underwater spring. Sonobot was targeted to find such underwater structures of particular interest and plan diver missions for further investigation and sampling.

The Sonobot was designed and built to operate in different environments, including harsh ones such as salt water and industrial wastewaters. As carbon, stainless steel and plastic used are highly resistant to aggressive environment, the only extra maintenance step EvoLogics engineers recommended on site was a thorough fresh water rinse after each mission to prevent residue buildup and enable long operating life of the vehicle. The Sonobot delivered a great performance and proved itself well suitable for regular missions in the Dead Sea. EvoLogics experts gathered valuable experience as developers and manufacturers of the USV and were pleased to receive positive feedback on the vehicle from campaign collaborators.

The Helmholtz Centre for Environmental Research was established in 1991. Over 1,100 employees in Germany study the complex interactions between humans and the environment in cultivated and damaged landscapes, developing concepts and processes to help secure the natural foundations of human life for future generations.
EvoLogics GmbH (Berlin, Germany) is a high-tech enterprise, specializing in underwater acoustic communications, acoustic positioning equipment and innovative solutions for robotics. 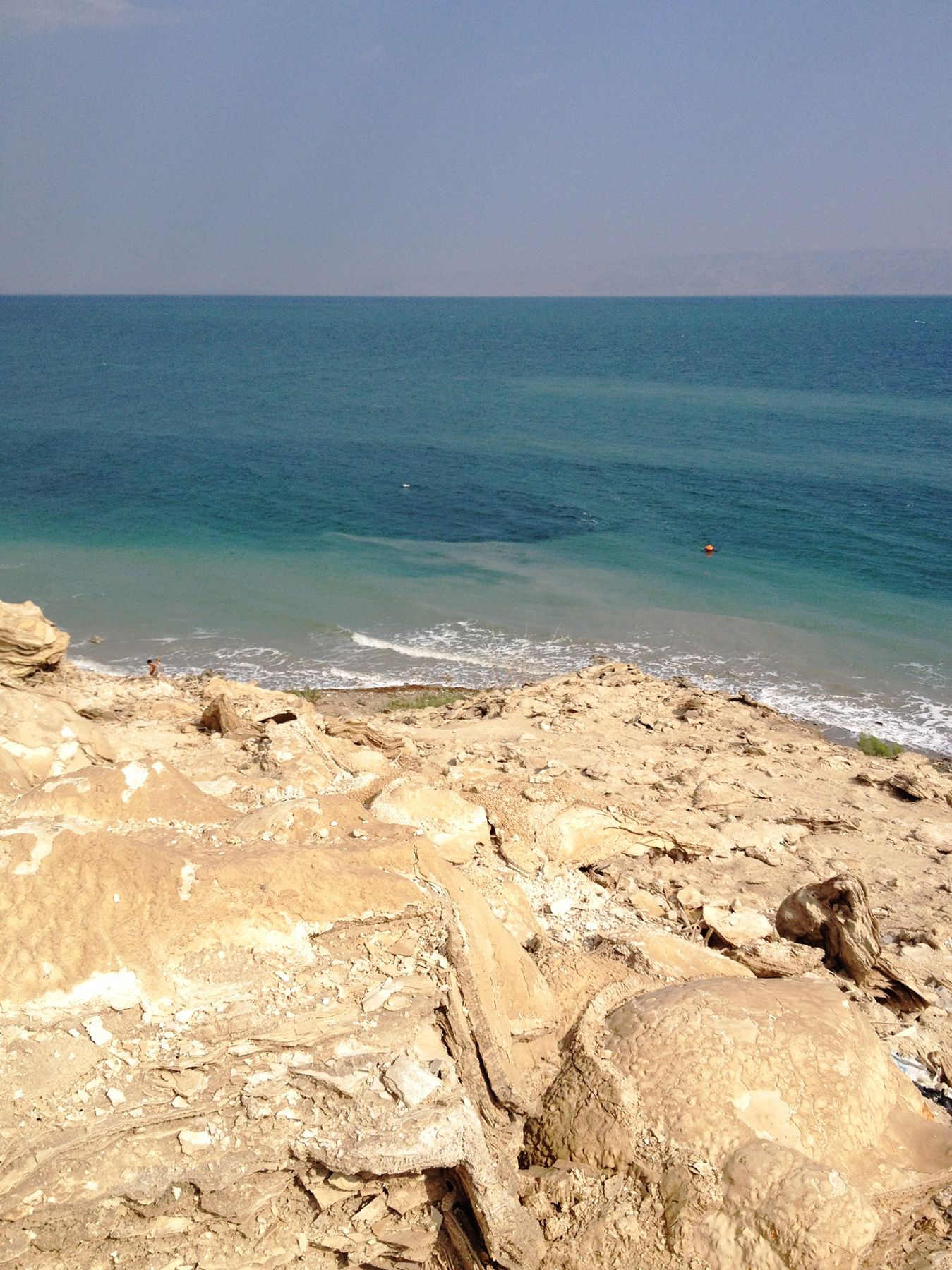 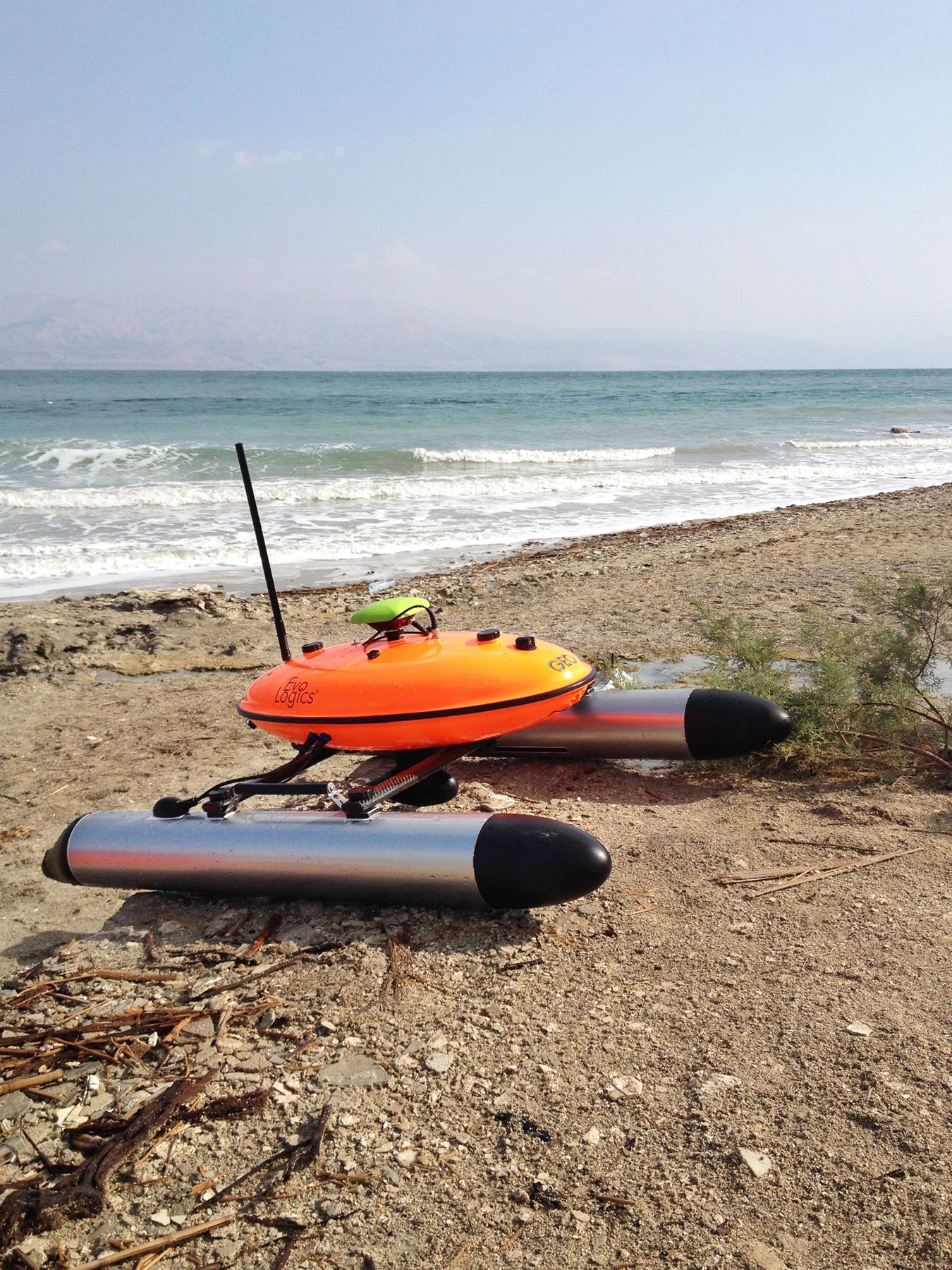